A tech team in Santa Barbara, California believes everyone should have a phone charger without the hassle of carrying around tangled cables or bulky charge bricks, so they’re refining a 5 inch long mini charger called the Clip Cable Power Charger. The handy little gadget charges all digital devices, and syncs, transfers data and powers up phones.

"The concept is simple”, says Earl Brown, project leader for a new crowdfunding campaign featuring the "Mighty Mini" as he calls it. “The Clip Cable features a USB and type-C connector on one end, and a reversible connector with a type-C and combination Lightning / Micro USB on the other.

A swap-power feature allows Android users to power up Apple and Android phones with their phone.

Only 5 inches long when extended, the Clip Cable folds up to 2.5 inches when clipped onto a keychain, belt loop, backpack or gear bag, thanks to a strong magnetic clasp.

A new crowdfunding campaign is launching soon in order to raise $10,000 for fund development and production. Perks and rewards for campaign backers include Clip Cables, Solar Chargers, a 3-tip magnetic charging cable, a ‘mystery gift’, a $5,000 ‘Benefactor’s’ package that includes a rental Ferrari, animated Thank You cards, and campaign updates by pretty girls.

The campaign can be seen at http://www.crowddeals.net 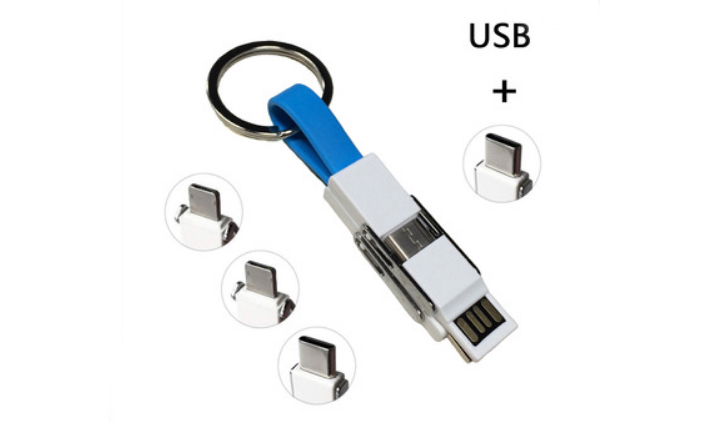